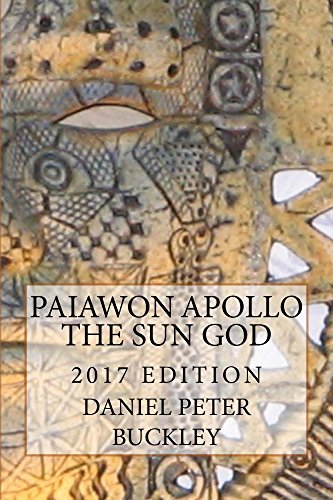 about this book: My interest in the once lost Minoan world inspires my writing and research. Ancient settlements retrieved from mother earth by the Archaeologists varied excavations have reanimated the ancient palace sites that cover the island of Crete.

Whilst working on my first book Heaven Earth and Time during my research on Minoan deities and the Minoan world a name appeared that caught my imagination.

Paiawon an ancient youthful deity worshipped by the Minoans.

He was known by the title of the master of animals and his consort was the mistress of animals.

Powerful deities often associated with the wild and mountain peaks they controlled the ancient beliefs of the Minoan world.

Deities that were worshipped in many ancient lands and civilisations.

Exploring the origins of the deity Paiawon Apollo the Sun and archer deity of the ancient world inspired me to produce the book you see today.

All who share a love of Ancient history and the Minoan world will appreciate the journey of discovery undertaken to reveal the origins of the Minoan deity and his rise to power over the Greek -speaking world.

Paiawon Apollo would eventually influence the wider world through his many temples and oracle sites that attracted the interest of the leading figures and rulers of the ancient lands and city-states from the Eastern and Western world.