Book: The Painter of Lemnos by Peter Alan Orchard

about this book: It is the Bronze Age. Kindulos lives a quiet village life on the island of Lemnos, painting pictures on richer men's walls for a living. One morning the earth begins to shake and in a moment his world changes. Hephaistos the forge-god is angry, a sacrifice must be made, and the sacrifice is Kindulos…

Escaping death by fleeing into the town, he joins the crew of a ship carrying wine sent by the Lemnian king to the Akhaian army under Agamemnon, fighting to capture Troy. The army is trapped on the plain of Ilion, between the sea and its own defences and Kindulos finds himself swept up in the conflict. When the generals realise that the archer Philoktetes, left behind on Lemnos years before, is the only warrior who can turn the battle in their favour, Kindulos is sent with the message. But how will Philoktetes react?

Kindulos's story strands the little man in the world of heroes, the peace-lover in the mayhem of war.

Peter Alan Orchard has written other books set in ancient Greece: 'A Pig in the Roses' (a murder mystery set in fifth-century BC Athens) and 'The House on Athene Street' (an adventure for children). 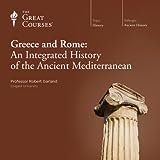 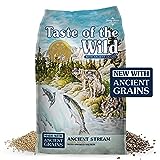