about this book: Isenti, the charismatic high priestess is getting suspicious about the political intentions of the high priest. At a time of growing unrest she arranges an appointment in Karnak for her nephew to keep her informed. As a young priest he's grateful for the opportunity but does he know what he's in for? A meeting with the beautiful Isisti creates some tension before a compelling magnetism develops. When an ancient vow is threatened they use their mysterious powers to intervene and provoke action.

Romance, mystery, secrets and intrigue inexorably collide in a race against time

"My interest in ancient Egypt as background for this novel was driven by its magical mystery. My professional background is in antiques and antiquities and handling old remnants from the past gives me lots of opportunities to project my imagination. As a culture they invested a lot of time and energy into providing for the afterlife. Tombs were hidden away in rock so they were very resilient and held back the erosion of time. Archaeologists have famously uncovered some of these mysterious chambers and their fabulous contents. The tomb of Tutankhamun had the world spellbound at the beginning of the twentieth century and our fascination with this secretive culture continues to this day. Considerable research went into this book. I spend a lot of time restoring antique furniture and when my hands are busy carving or French polishing my mind has lots of opportunities for time travel and Nile God was a fantastic journey."

Garth Meaney lives on the beautiful West coast of Wales UK with his wife and extended family.

• "He draws a vivid picture of the era"

• "There is a very real sense of what life was like and some of the images were quite beautiful."

The voyage to Memphis ……

Sere insisted on bringing out the lute again and he listened as the notes drifted up into the canopy and swam away. The other two danced and sometimes sang. Becoming ecstatic they moved slowly, bending and rearing with the silver river sliding by.

The coverings on the sides of the pavilion were sheer. In the lamp light the entire scene was clear and visible to the banks. Occasional onlookers bowed their heads as the river carried them on into the Garden. 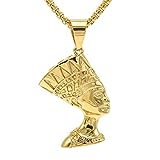