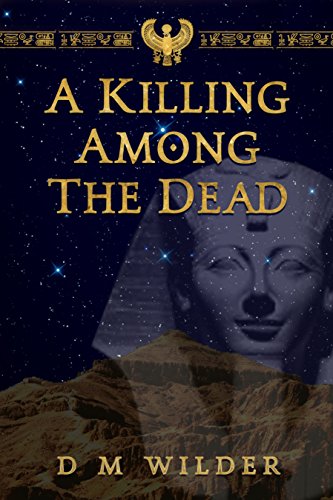 Book: A Killing Among the Dead by Diana M. Wilder

about this book: I read of a terrible scandal during the time that the Pharaohs of Egypt were falling into decline. The tombs of the god-kings of Egypt were being robbed, the bodies mutilated. We have records of the disaster, some accounts of the arrests and questioning, and then...silence. And yet we know the robberies happened – we have the evidence from our excavations. Part of the enjoyment I get from studying history is the experience of putting myself into a situation (in my mind) and imagining how the people alive during that time felt, reacted, despaired or triumphed.

I could see a man, sent to guard the workers, coming up against this plot and finding himself helpless against it, not sure who has friends are, betrayed by those he trusted...

One of the characters tells the hero, "You can't fight them as you are. You would have to go to the land of the Blest and return with an army..."

And I thought, "What if he did just that?" It has been a joy to explore the story and the scenarios. Most importantly, the purpose of my story is to entertain.