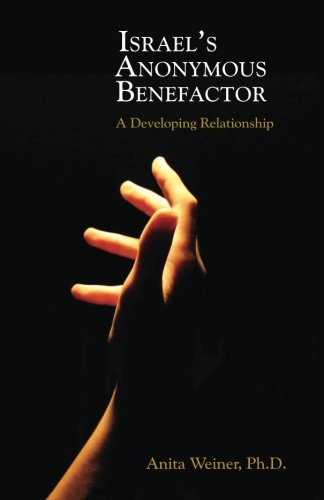 about this book: This book explores a century of the relatively unknown, but pivotal, role of American Jewry before, during and after the establishment of the State of Israel through the American Jewish Joint Distribution Committee. The JDC (known affectionately in Hebrew as "The Joint") has, since 1914, invested tremendously in the social, economic and industrial development of Israel. From funding soup kitchens and digging wells to assisting refugees and new immigrants from all over the world, the Joint has been an integral player on the Israeli scene for 100 years.

This book also details the unique role of the JDC in developing Israel's cultural, medical, educational, religious and social-welfare institutions, including Israel's Orthodox learning centers (yeshivas) and its nationwide network of local community centers. American Jewry, through the JDC, has contributed significantly to the health and welfare of Israel; now is the time for its story to be told.

Anita Weiner, Ph.D., is an American-born social scientist who has been a faculty member of the University of Haifa's School of Social Work for thirty years. Her field of expertise is child welfare, and she is co-founder of Fair Chance for Children – The Council for the Child in Placement. She became acquainted with the work of the JDC in the former Soviet Union during the 90's. Based on her research of the JDC's activities there from 1988 to 1998, her book, Renewal: Reconnecting Soviet Jewry to the Jewish People, was published in 2003.