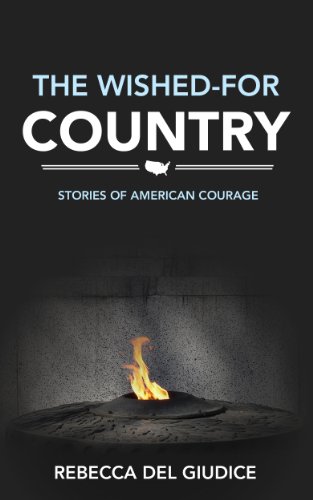 about this book: The Wished-For Country: Stories of American Courage tells the incredible story of 14 brave Americans who risked their livelihoods – and often their lives – to fight for the rights of others. These heroes are known mostly to historians, and not one of them is a household name. But they should be.

There is the woman who grew up a sharecropper and ended up testifying in front of the whole country about her struggle to gain the right to vote. And there's the man who teamed with Theodore Roosevelt to expose dangerously inhumane conditions in the slums of 19th-century New York. Or the brave African-American female journalist who traveled throughout the American South to expose the horrors of lynching. And the first female doctor in the United States whose fellow students thought her medical school enrollment was literally a joke.

As an undergraduate and graduate student in history, I came across many of these people, and I was amazed and dismayed that I had not heard of them before. They deserve to be known. The title of the book is from the journal of a priest who traveled to America as one of the first settlers in the Maryland colony. He called the shores of the Chesapeake – America, this new land – "the wished for country" – a place that would allow him and his fellow Catholics the freedoms they did not have in Europe. The Wished-For Country is about America's promise of freedom, as embodied by the people who have, through great sacrifice, made it great.

This book is for people who love American history and biography and those interested in the struggle for human rights.

This book is also a labor of love, and I hope it will help more Americans discover these incredible people.