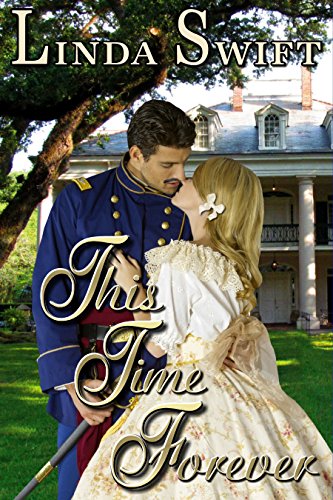 about this book: I always knew that one day I would write a book about the Civil War. Living four years in Chattanooga, TN, a city that is a virtual C.W. museum, inspired me even more. I was a frequent visitor to Missionary Ridge, Chickamauga Park, and Lookout Mountain and gradually the story took form in my mind. I am a Southerner but I know that every conflict has two sides so I wanted to show the consequences of this tragic war from both points of view for white and black people. I had also lived briefly in Oswego, NY so that became home to my hero, Philip Burke. My heroine, Clarissa Giles, a Kentucky beauty, married into a wealthy family in Chattanooga.

The story begins on the eve of the war, revealing the conviction of both sides that it would not occur and continues the entire four years of the conflict. Without my intention, this book became a saga, including many of the war's major battles, the horrors of the wounded, and the heartaches of those who loved them. Interwoven throughout is the passionate love story between a Yankee surgeon and the wife of a Rebel soldier.

I remembered little about the sequence of C.W. battles from history classes and was vague on the role of Confederate or Union officers. I wrote the story before I began doing research through Google so I surrounded myself with thirteen thick books of C.W. History as I wrote.
When I completed this manuscript, C.W. stories were not "in fashion" and my agent had no luck in placing it. I put it aside and worked on other books. Then I discovered digital publishing and decided to submit my C.W. story again. Having turned my attention to other eras, I hadn't even realized we were approaching the C.W. Sesquicentennial and this was a book whose time had come. It was accepted by a Canadian Publisher (ironically) the first time out and its release date in 2011 coincided with the first year of the four year commemoration.

This Time Forever is available in Columbus-Belmont Civil War Museum and the Market House Museum (both located in KY) and has received praise from the Chattanooga Historical Society Board. I believe this validates the accuracy of my research. It has been compared with Gone with the Wind and the TV mini-series North and South and received highest rated reviews.

• Romantic Times Magazine: "This well-written book is for those who love historical romances with elements of North and South with a bit of Gone With The Wind. More along the lines of an epic, this is also the story of two families dealing with the horrors of war. It's a lovely read full of honor, loss and spirit."

• You Gotta Read Reviews - Val: "If you are looking for a fascinating read that will keep you on your toes, look no further as Ms. Swift has just provided you with this very book. My first thought when I finished the last sentence on the very last page was "Wow, just wow." No matter how good a review I give this book, it cannot ad equately describe my feelings…"

• The Romance Studio - Brenda Talley: "This Linda Swift novel was beautifully written and reminiscent of other well-known sagas both in print and on television. She made me feel what I read. I felt as if I watched from the outside and saw the horrors they lived through as well as the emotions they fought. Her in-depth descriptions were almost surreal…"

• Manic Readers - Alberta: "I was reminded both of Gone With The Wind and the TV saga of North and South. Both sides, thinking the war would be short and convinced of the rightness of their respective causes, continue for some time to have balls, parties, and generally live life as if there was no war, but a mere diversion in their neat little lives."

This historical romance novel is not only interesting, but a page turner. I developed a fondness of the character development along with the in-depth researched story and was sad to say goodbye at the end. I do say that I see this on the big screen in the future! [by Beverly] 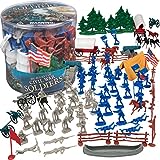 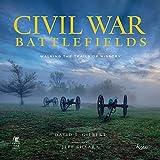