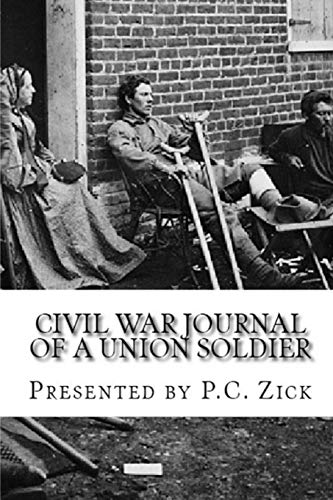 about this book: My great-grandfather wrote about his time in the Civil War from 1861 to 1864 when he was shot through the lung and held Prisoner of War for five days during the siege of Knoxville. His journal, written for his children, shows the soldier's view of war from inside the battlefields.

I decided to publish his journal and annotated the passages to provide clarification and extra information about the leaders and the battles. His account is poignant, beautiful, and horrific as he describes the dead soldiers they either buried or left behind.

It is a miracle he survived after his severe injury which was left untreated for days. He survived in the Confederate camp on morphine and whiskey.

He joined the Adrian Guards in Adrian, Michigan, on April 20, 1861. When his unit was mustered in Detroit in May 1861, they became Company D of the 2nd Michigan Infantry. They went to Washington soon thereafter to Camp Winfield Scott where they were assigned to defend the nation's capital. On their first full day in Washington, President Abraham Lincoln inspected the troops in front of the White House. For boys fresh off the farms of rural Michigan, the sights and sounds of their journey by train through Cleveland, Pittsburgh, and the Allegheny Mountains was awe inspiring. By the time they reached Baltimore, they had become the enemy and there left no doubt in their minds that they were at war.