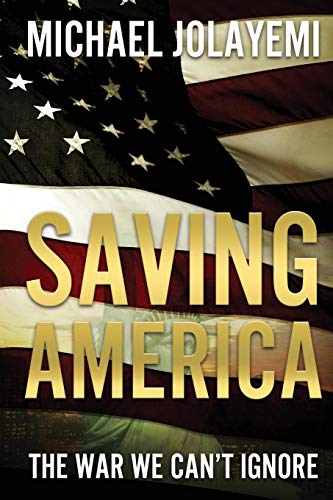 about this book: Few today would deny that America's unique historical moral and cultural values are rapidly eroding in an unrelenting onslaught of increasingly vulgar examples of "free" expression. Every area of culture, media, politics and social discourse has become infected with a virtual meltdown of its former wholesomeness. In short, the nation is constantly bombarded with godlessness.

• What has become of the soul of America?
• How can our great nation recover its moral heart?
• Who can stop the torrent of immorality invading our homes?
• Why do God's enemies seem to be winning the battle?

Saving America lifts a battle cry, calling the Church in America to arise and initiate new strategies to combat Satan's forces, retake the cultural landscape, and renew American values before it is too late.

There is no doubt that our nation; America is going through difficult times. It is not only difficult physically, socially, economically but also spiritually. The values that set the course for our nation no longer exist. This is because for 40 years, we were silent and allowed the voice and actions of the minority set back the righteous course of the nation. The Bible says, Righteousness exalts a nation, But sin is a reproach to any people. (Proverbs 14:34). King David said in his psalms, Blessed is the nation whose God is the Lord, The people He has chosen as His own inheritance. (Psalm 33:12)

What may not be known to an average American is that the United States of America and her continued survival and relevance in world affairs is very important to Christians all over the world. If America turns her back on God, the impact on Christian missions and salvation of millions would be huge.

Also, the agenda of the enemy, Satan, to get the world to be under his complete control would be accelerated when the United States of America is weakened spiritually. The current drive to attack the Cross, Christian prayers, traditional marriage, and all associated truths, including attempts to Islamize the world is in furtherance of the program of Satan. The divisive tactics of the enemy to divide the church by individual and group doctrinal views as well as racial segregation is aimed at getting the church under his control. No matter how divergent our views are in the church, and the color of our skin we are one family with one destiny.

The church has the urgent need to rise and rebuild. Saving America lifts a battle cry, calling the Church in America to arise and initiate new strategies to combat Satan's forces, retake the cultural landscape, and renew American values before it is too late. Saving America is a war that cannot be ignored. Like in the days of Jeremiah, the prophet was sent by God to His people:

Say to them: This is what the LORD says: "When men fall down, do they not get up? When a man turns away, does he not return? Why then have these people turned away? Why does Jerusalem always turn away? They cling to deceit; they refuse to return. I have listened attentively, but they do not say what is right. No one repents of his wickedness, saying: 'What have I done?' Each pursues his own course like a horse charging into battle. Even the stork in the sky knows her appointed seasons, and the dove, the swift and the thrush observe the time of their migration. But my people do not know the requirements of the LORD." ... Is there no balm in Gilead? Is there no physician there? Why then is there no healing for the wound of my people? (Jeremiah Chapter 8.)

The United States of America remains the only country standing against the final onslaught of Islamic jihad in the world. It has been difficult for the jihadists to penetrate America due to the strong foundation and faith of our founding fathers. The foundation is gradually crumbling as Satan is using all forms of unrighteousness to weaken it. I wrote this book because of the burden I have in this regard. The church is the last hope of this nation but the church is no longer as strong as she should be. The critical issue with the church is the disunited voice resulting from the seeds of discord sown by the enemy within the body of Christ. And one of them is the race question which I pointed out in this book and which we require the wisdom of God to deal with.