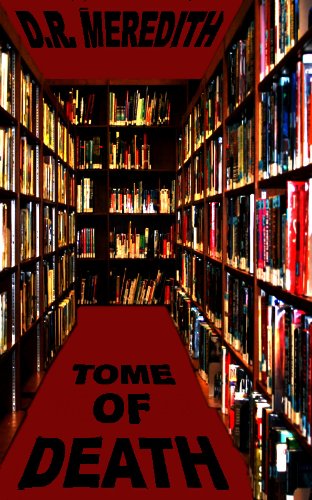 about this book: Murder by the Yard Reading Circle are sharing a picnic lunch in Palo Duro Canyon and plan a leisurely walk just as soon as Randel Anderson finishes his lecture on regional mysteries. As usual, Ryan Stevens is totally confused as to exactly what constitutes a regional mystery, or any other kind of mystery for that matter. Ryan, in addition to playing Watson to Megan Clark's Sherlock Holmes, is a closet reader of Westerns. But at least he is certain that Megan will not stumble across a murder victim in peaceful Palo Duro Canyon. He is wrong. When Hieronymus Bosch, Megan's aging beagle, digs up part of a body near a large rock, Megan is on the hunt again for a murderer. When in the process of uncovering one body, Megan discovers another. She is excited beyond words. The second body is apparently the mummy of a Comanche woman. At last she has a mummy to autopsy.

In an related story told as a flashback, Comanche warrior Spotted Tongue is also on the hunt for the murderer of his second wife, Little Flower. Horrified that one of the People, as the Comanches call themselves, has murdered another of the tribe, Spotted Tongue is determined to discover the guilty person and challenge him to personal combat that will only end with death of one or the other. As the wronged party it is Spotted Tongue's right to issue such a challenge.

As Spotted Tongue investigates the murder of his wife, Megan Clark investigates the murder of another man's wife. As usual Megan is warned by Lieutenant Carr of Special Crimes to keep her nose out of police business, a warning she, as usual, ignores. Ryan warns her, too, but he has spent most of their relationship warning her about how dangerous murderers can be, so she ignores him, also. As Spotted Tongue discovers secrets his wife has hidden from him, so does Megan discover hidden truths about her murder victim. What kind of women where these two victims, and what kind of motives did their killers share?