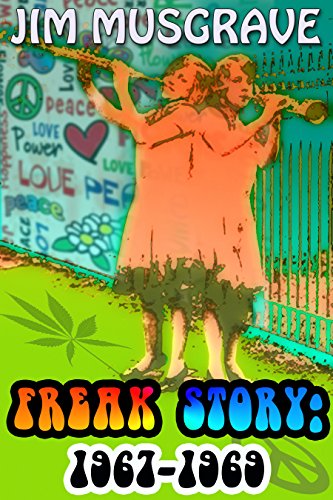 about this book: I have been teaching for over twenty years at the college level, and I have been writing for about as long. I'm not exactly Frank McCourt and Angela's Ashes material, but I do relate to what my students are interested in reading and viewing because it's difficult enough to get them to read and relate to anything in these days of the distractions. In fact, I call them the "distracted generation" rather than the "millennials." I am a product of the Counterculture, having been discharged from the Naval Reserves in 1968, at the height of the era featured in this novel, and I came from a Navy family. My father, Elvis Ray, was a Federal Civil Service worker for the Navy for 30 years, and I grew up with sea water in my veins. He was also a Pearl Harbor Survivor, so I had that to "live up to" as well, although he never overtly said to me, "You must serve to keep the honor of the family."

The Vietnam War was not the war for me. I did not go to Vietnam, but it was perhaps because I didn't go that I became so frustrated about what was going on over there. I volunteered to go over there, because of my father's pride in fighting the "good fight" for one's country, but I was constantly refused. I worked for an Admiral in Virginia, and it seems the government was drafting and recruiting people for duty in Vietnam who had been "fuck-ups" in one way or another. My best friend, Terry Goodbody, for example, was sent to Vietnam because he was caught by the FBI in the demonstrations at Berkeley (the Free Speech Movement). The government gave him a choice: prison or Vietnam. My Admiral liked that I could type over 65 words per minute, and I graduated third in my class of 65 at the Bainbridge Maryland Radio Class "A" School, so I was marked to be on the East Coast of the United States for my entire tour of three years.

I had two clues about what was happening over there. The first clue was when one of my fellow trainees in RM school was told by superiors that if he didn't improve his grades he would be shipped over to 'Nam. He was found the next day hanging inside our barracks. The second clue was when I developed a large pilonidal cyst in my buttocks from the constant sitting that my job required. When I asked the Navy doctor if he could give me some anesthetic to stop the pain when he drained it, he told me, "We need this medication for the real men in Vietnam. You're a weakling!"

I discovered the facts about what was actually happening in that war from Ron Kovic and a bunch of other "Vietnam Veterans Against the War," when I talked with them during my years following my service, in 1970-72, at California State University Fullerton in Orange County, California. That war was not taking volunteers like me, they said, because the government knew the war was not going well. When I saw how Kovic demonstrated, I joined them. We once journeyed across the street from the Fullerton campus and Ron did his usual thing: chained himself to the Honeywell, Incorporated front door (they made napalm, the lethal chemical that was used to "defoliate the jungles" but actually defoliated people and animals and was banned by the Geneva Convention), and the Fullerton cops came to beat a few heads and arrest Ron and some others. As Vonnegut said, "So it goes."

Ron's in my novel because he impressed me so much with his attitude towards the war and the reality of what was actually happening over there. However, the real impetus for writing Freak Story was my students. They were fascinated by "freaks" of nature--not the Hippie freaks of my generation, and it really was quite the chance to make a connection--generation-wise--so I decided to write this little "alternate history" about the years that will live in infamy: 1967-1969. I wanted to demonstrate to these students who advocated "equality for all," especially for freaks like gays, the mentally challenged and gifted, and the sexually harassed and persecuted, and on and on. They showed me what to write. I read the great biography by Jensen about Daisy and Violet Hilton the famous "Brighton United Siamese Twins," and then I watched the film they starred in, the 1932 Tod Browning's film, Freaks, and the 1954 film Chained for Life.

I was hooked. I showed the Freaks film to my class and they loved it! One male student actually had a bicep tattoo of Johnny Eck, the half-boy in the film! I consequently lectured to them about the Hippies and the Freaks of the late Sixties, and they could see the connection between the freaks in the film and the counterculture heroes I talked about such as: Abbie Hoffman, Phil Ochs, Robert F. Kennedy, Martin Luther King, Jr., and Ron Kovic. This, as a result, became the underlying theme of my novel: we are all, in one way or another, freaks under the skin.

I quote Abbie in the beginning of Part I of my novel: "You measure a democracy by the freedom it gives its dissidents, not the freedom it gives its assimilated conformists." We had a long discussion about that quote, and they agreed that if we just approved of the conformists, we would really never get any real progress in the world. Einstein--what a freak! He had that hair and all working, didn't he? He even flunked out a few times and attended the European version of community college! Artists? What freaks they are! Hey, all the cool people are pretty freaky, aren't they, Mr. Musgrave? Yes, they certainly are!

At any rate, this is not a long novel. Nope. My favorite novels tend to be shortish: Catcher in the Rye, Lord of the Flies, Trout Fishing in America, The Stranger, and Jonathan Livingston Seagull. That's what I wrote. A shortish coming-of-age, alternate history novel with lots of freaks in it. The narrator is a freak, and he is well aware of this fact. He is not, however, aware of how interconnected the world of freaks is and how much he needs to learn in order to really mature into that world. If my students can find my novel worth the read, then I will have succeeded. If my friends who have "survived the '60s" find it right on, then I will have succeeded. If I alienate some readers, so be it. It comes with the territory. Freaks are used to being made fun of.