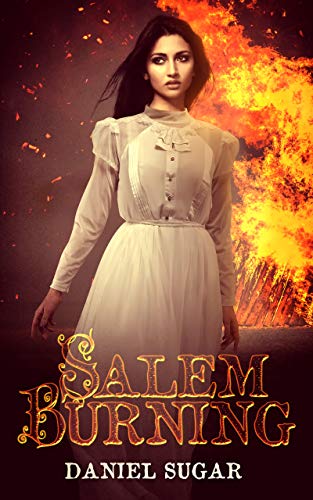 about this book: What if someone told a lie and it just happened to be true?

Most of us have read about the famous Salem witch trials but what if there were an unexpected twist to the story?

What if someone accused of being a witch actually turned out to have magical powers?

Kyle is a liar; he does not believe in witchcraft, he is simply trying to get rid of Lilly.

But Kyle is in for a shock because, as it turns out, Lilly really is a witch.

"Salem Burning" is the story of Lilly Parris, a strong young woman struggling to understand who she is even as she is forced to deal with the ultimate betrayal by the young man she loves.

A new take on the Salem witch trials, "Salem Burning" is a story of love, lust, lies, betrayal and revenge.