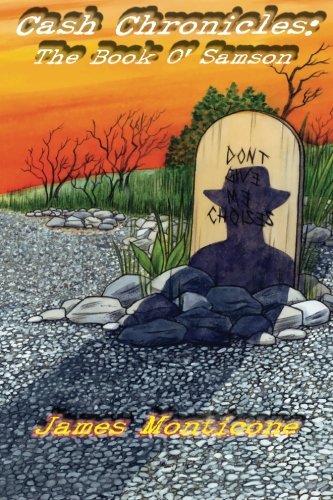 about this book: "Cash Chronicles: The Book o' Samson" is the beginning of a journey, and a learning experience. It's a sci-fi/western/alternate history which endeavors to remain historically accurate in its depiction of the changes which have taken place as a result of the existence of mutants, or "Mutations", in the wild west. It also uses mutants as a vehicle for exploring the creation/evolution debate in an entirely new arena. As the people of this bygone era try to ascertain why mutants exist, they come up with some astoundingly simple answers--it's either witchcraft, possession, or they're just plain demons!

Marshal Luther, a devout Christian lawman, has decided to run the mutants out of Phoenix, but he won't stop there. He's big, he's smart and he's sadistic. Even though he's come up against some pretty talented individuals, his descent into madness is the tip of a dangerous iceberg.

Enter Samson Emmanuel "Sammy" Cash, mutant pyrokinetic, maker of rings of fire and shooter of flaming bullets. He's ready for anything but women, who render him as naive as a baby. Sammy fights for his people through one disaster after another, grappling with his internal demons at the same time.

Characters are at the center of any good work of fiction. "Cash Chronicles: The Book o' Samson" attempts to introduce unique characters and have them interact in ways that leave the reader lost in thought and questioning his or her preconceptions.

It's also lots of fun, and has some color pictures.