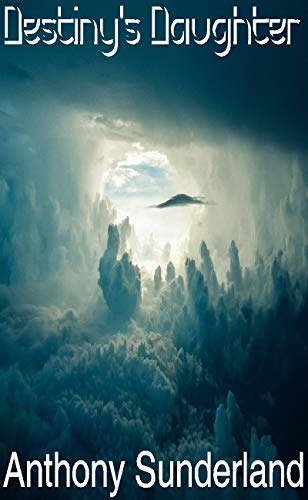 about this book: What if aliens really are here? And what if everything you've read, heard, and seen about them so far is plain wrong, or deliberately misleading?

If Area 51 is simply an Airforce research base then why don't they debunk all the alien mystery conspiracy theories surrounding it? Could it be that they want to distract attention away from the real alien research center?

Deep below the Mid-Western states lie a massive network of caves and tunnels. Many of them man made, and many natural caverns artificially sealed off from cavers and explorers.

The FBI's elite Alien Visitation Investigation team, headed by Assistant Director Franklin S. Langan, have a new recruit. 23 year old Dawn Dempsey is a brilliant scientist with degrees in Astro-physics and biology. She is hiding dark secrets that would see her on one of the FBI's vivisection tables if they were ever discovered.

The cover design is by LazerK @Elance.com. It is part of the package he did for the covers for my first four Kindle books. I wanted to capture the essence of this story. An alien space shuttle has crashed, and Dawn is carrying a young boy that she has rescued from the blazing wreckage.

The FBI believe the boy had just been abducted and the spaceship shot down as it was taking off. Dawn, however, knows the truth. She now has to protect the boy's identity, and this will be one of the ongoing threads throughout the series.

This was originally written as an entry for the 'Writers of the Future' competition, but once I started plotting out the series I didn't want to give up any rights to the story if it won one of the quarterly prizes, and there's no point entering if you don't think you can win.

The teleplay and series synopsis, together with about ten episode story ideas was a finalist in the "People's Pilot" TV show contest several years ago. It would be great to see this get made as a series. So thumbs crossed.