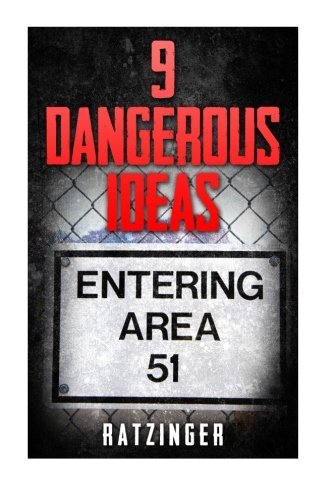 about this book: Weapons Of Mass Distraction. Just suppose there's a global power elite - a superclass – history is full of secret societies who were manipulating events and plotting to create their idealised world view and a global central bank. Using mass surveillance, propaganda and state terrorism they aim to put a dictatorial leader on a pedestal, built up by a cult of personality, and then convince us that they will lead us all to their greater end goal.

Mass surveillance. CCTV. Mobile GPS tracking. Your phone line and text messages can be hacked. Credit card transactions are recorded and tracked. All Point of sale transactions get recorded, then the next day your mailbox is full of related offers. You can look at hotels on Google for a holiday in Orlando, and then you go to Facebook and up come adverts for hotels in Orlando. This is called "retargeting". Even Disney scans your fingerprint in order to enter the parks. Big Brother is indeed watching you.

Human population control. Health & Family planning programmes. Fluoridation was used by the Nazis. Now it's in our water, AND our toothpaste. Maybe even mouthwash as well. Genetically Modified Food. Mass vaccinations. Genocide, unnecessary wars, plagues, engineered viruses [Ebola], engineering the weather [using chemtrails, tsunamis, earthquakes]. The Defense Advanced Research Projects Agency (DARPA) is an agency of the U.S. Department of Defense responsible for the development of emerging technologies for use by the military. They have been developing technologies since 1958. Their information awareness office featured an all seeing eye looking over the globe. There's that allseeing eye symbol again. Look at AOL's brand. Look at CBS News logo. The antichrist is blind in one eye. It's even on the back of the one dollar bill.

Then there's the mind control aspect. Imagine how the mass media could be used to manufacture a culture of fear and a national consensus. Mistrusting and mutually fearing population are much easier to influence. The aim would be to subvert your thinking and your own behaviours and decisions by using projects like MK Ultra and subliminal advertising – both existed and both worked very, very well]

That brings us to the aliens and UFO's. Are they aliens or are they demonic entities? Reported to answer you in your mind in your own voice. Could they be not from other worlds, but other dimensions? We used to think there were three dimensions. String theory from Quantum Physics now says there are 36. Could aliens actually be fallen angel hybrids?

After the Roswell UFO incident, Majestic 12 was supposed to have been formed in 1947 by President Harry S. Truman - formed as a covert US government organisation that allegedly collaborated with aliens. They offered the 'beings' a deal - trade human abduction and experimentation in return for technology and biotech. Most of which is housed and developed to this day in Area 51. Yet all the while they are studying us…

Video 1: Area 51 Conspiracy Theories - True or False?
Video 2: 9 Dangerous Ideas - Weapons Of Mass Distraction They Use To Steal Your Freedom