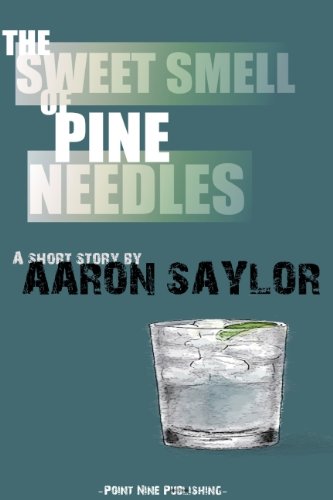 Book: The Sweet Smell of Pine Needles by Aaron Saylor

about this book: "The Sweet Smell of Pine Needles" was inspired by a man who used to work for me -- he was a severe alcoholic and eventually got fired for coming to work so drunk he couldn't stand up straight. He was a friendly man, and seemed generous, but he just couldn't escape the demon.

He would often tell me that gin was his alcohol of choice, and that it smelled like pine needles. I will never forget that.

From that starting point, I wanted to tell a story about human greed, and its effect on relationships. "The Sweet Smell of Pine Needles" is about a man whose greed takes the twin forms of materialism and alcoholism, and when combined they ultimately destroy his marriage. At the same time, I wanted to explore the notion that most people don't realize when they are being destructive to themselves and those around him, and by the time they look around and survey the damage, it's too late.