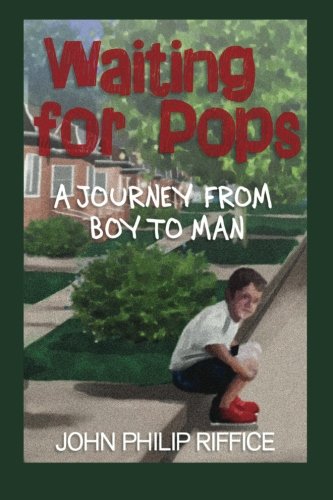 Book: Waiting for Pops - A Journey From Boy to Man by John Philip Riffice

about this book: Waiting For Pops is a novel about a young boy's mistreatment at the hands of his abusive mother. It is a story of spousal secrets and parental lies. It is also a story of love, friendship, and betrayal. Waiting For Pops is a tale told through the words of a young boy growing steadily into manhood in a blue collar neighborhood of 1950s Chicago. Young Johnny Ryba leads the reader into his mother's alcoholism, his father's sudden death in a tragic accident, as well as into his beloved little sister's autism. Later, as the reader follows Johnny into adolescence, they experience just like Johnny the heartbreak of the loss of his first love.

The storyline develops speedily, centering around a riddle that Johnny attempts to solve as an adult, revealing the shocking revelation that reverses almost everything he once believed about his mother and father and also his own tragic past. Johnny discovers his mom and dad's role in a lifelong conspiracy of silence and for the very first time becomes aware of a misplaced affection for his father. Johnny must finally come to terms with an aspect of his life he'd much rather leave alone: the truth about his parents, and about himself, too.

This mystery revolves around Johnny Ryba, who is used to his mother's abuse. He doesn't have his father any longer to protect him; Pops died long ago. Strangely, though, finding help is hardly Johnny's main concern: his mother's alcoholism is. It is all that matters. The idea that the folks in the neighborhood could learn his family's secret is more than Johnny can stand. So as he attempts to keep that secret, Johnny discovers the truth about his mother and father and their decades-long silence.

Waiting For Pops concerns itself with two subjects which have plagued societies worldwide for decades: child abuse and alcoholism, both uniquely portrayed in this mystery set in 1950s Chicago.

Back then, we barely spoke of these things, and when we did, it was only in whispers. Today these matters are openly talked about, but their solutions are still beyond our grasp. And their effects remain with us. And they remain with Johnny, too, until he finally discovers what probably was better kept a secret.