Book: The Vitamin Queen of Ojai - A novel on aging for every woman (and man) who wants to be 18 again by Joseph T. Buff

about this book: THE 20 YEAR JOURNEY OF A NOVEL ON AGING: The Vitamin Queen of Ojai
by Novelist Joseph T. Buff

When you first see her, she's tall and thin and spooky-beautiful, looks to be around 18, this famous teenage actress. Guess again! In my novel, The Vitamin Queen of Ojai, Kelly Smith Ford is 52, a grandmother, a computer science teacher, a vegetarian and vitamin Pro living a holistic life style when she was discovered by a reporter in Ojai, California, who asks, "How long can Kelly live like a teenager? Days? Weeks? Months? Dare I say … forever?"

Movies and a fascinated public have made her famous; Celebrity Vitamins in Beverly Hills hired her as a spokesperson, promising to unravel the secrets of how the wrinkling, graying, overweight grandmother mysteriously reversed the aging process. She swallows 50 vitamins, supplements, minerals, and herbs a day. Was it the vitamins? The vitamin company insists it was only the vitamins, adding that they plan to market a Kelly Super Vitamin everyone can take so they can look, act, and think like an 18 year-old.

But wait a minute, scientists and religious leaders say, as they debate the terribly complex aging issue. It's possible to slow the aging process but no one has ever reversed aging. Some scientists are even suggesting we could live to be 200 or even 300 years old, but even those long lives are not reversing aging. Would 50 and 60 year-old women and men really want to live again as an 18 year-old, reverse some of the questionable decisions of teenage life, think and act like a teenager—again? What are the consequences, the side-effects, the risks of looking younger than your own children?

Kelly's 56 year-old husband, Moose, is not thrilled with Kelly's new fame and adventure, especially the James Bond superstar who wants Kelly in his movie, and his bed. Hollywood Paparazzi swarm Kelly in public appearances. Tabloids declare that Kelly, an Army brat, has a murky past, is a fraud and can't prove her age. Kelly is engulfed by Alpha Males who confront and challenge her, and often betray her trust, forcing her to react by becoming a shrewd business woman who develops a litmus test for judging humans by asking each: "What is the ultimate life experience?" Some of the answers are predictable, others stunners, but Kelly comes to realize that it is a question she will eventually have to answer herself.

I started my novel over 20 years ago when I first saw the cover of the October, 1992, Life Magazine with the startling face of Sally Woodbridge divided into two parts: the right side showed Sally as she looked in 1944, with taut, smooth skin and dangling dark hair. The left side, the way she looked 48 years later in 1992, showed puffy skin with blotches, bird tracks under the eyes, and coarse white hair chopped off around the ears. The writer's favorite phrase, "What if?" started popping up quickly. Could this be the same woman? Is that what aging does to all of us? Would Sally Woodbridge like to be 18 again, look like the right side of her face again? (Google the Life cover on the Internet and ask yourself the same question.)

I started plotting the novel, fleshing out the characters, and writing outlines in 1992; I finally finished and published the novel 20 years later, in 2012 for the online Kindle and paperback, on Amazon, then Barnes and Noble, Kobo, and iTunes. Writer's Block struck often during the 20 year period. I didn't stop writing other novels, short stories, and newspaper articles but I returned to The Vitamin Queen of Ojai often to write each new segment I had resolved. I wondered if other novelists experienced major difficulties such as mine and was buoyed when I heard that famous novelist, playwright and movie script writer W. Somerset Maughan was asked once if there were rules for writing novels. Paraphrasing, he said there were three, but unfortunately no one knew what they were. After tackling some of the complex subjects on aging and vitamins, I learned one: the art of rewriting. The opening chapter of The Vitamin Queen of Ojai was rewritten over 100 times.

The primary readers of my novel are women over the age of 30 who are curious about what they and Kelly would experience reliving their life as an 18 year-old. Men will enjoy the legal and business relationships in Hollywood and commercial and manufacturing relationships Kelly endures and suffers through and the number of times she is betrayed.

The title of this novel has always been THE VITAMIN QUEEN, the name a reporter uses to nickname Kelly, but OF OJAI was added to make it distinctive and separate it from various vitamin terms in use. Ojai is a classy little town of 8,000 three hours northwest of Los Angeles where many famous actors, writers, painters, and celebrities live and have lived, among them Johnny Cash, Howard Hughes, Jerry Bruckheimer, Larry Hagman, Jake Gyllenhaal, Anthony Hopkins, Diane Ladd, Reese Witherspoon, and dozens of others.

The original cover I wanted was the Life Magazine cover of Sally Woodbridge. However, Life sold the cover rights to Getty Images, who wanted a fee to use and gave me a warning that I would still need to get permission from Sally Woodridge, or her estate, for the use of her photo. And I would still have to get permission from Life Magazine to use the cover with their name on it to avoid looking like Life Magazine was endorsing my novel. The costs and legal issues were insurmountable. The alternate cover I selected is the vitamin department of a famous meatless restaurant and store, FOLLOW YOUR HEART, in Canoga Park, California.

Extensive research was required for the novel, literally many months. There are only 13 vitamins but over 25,000 supplements, and then minerals, and herbs. I realized I needed a vitamin expert so I met with Dr. Earl Mindell (The Vitamin Bible, etc.) at a meeting of The Los Angeles Publicists Association, to get his permission to refer to several of his 10 million books published on the subjects. He was most gracious and is listed in my acknowledgements with appreciation. Federal government research, primarily the gigantic U.S. Department of Health and Human Services, covered 11 operating divisions from the Food and Drug Administration (FDA) to the National Institute of Health, where there are 54,270 articles available for research.

What I learned from writing this novel was to be patient and to get the facts right, shoot for perfection by using and relying on experts to weave the actual facts into the fiber of fiction I was creating.

I glanced at a mirror in October of last year, the last day of filming my role in the movie, Malchus, to be released in 2013. I played the role of a stern, unforgiving father. It's a modern day Mafia plot with a "feel good" ending. I had perfected my stern facial expression for the opening scenes, anger and hatred scrawled across my frowning face, but I hadn't captured the requisite expression for the ending, after I had mellowed. That's when I pictured Sally Woodbrige's face in the mirror as I asked the question Kelly Smith Ford asked of everyone in the novel who confronted her: "What is the ultimate life experience?" I smiled at the mirror and winked. Then I went out and shot the scene with conviction. I still don't know what novelists call the revelation experience, but in the movies they call it "motivation." Guess we never stop learning or aging, or learning about aging.

To my readers I would like to say it's been a long, but accurate and enjoyable journey. You will find a novel with numerous twists and unexpected turns as you try to keep up with Kelly Smith Ford's often frantic pace as an 18 year-old. I hope you enjoy reading my novel as much as I enjoyed writing it. All the best! And, if you have any questions, please email me at josephtbuff@aol.com

Mr. Buff's next talk about his novel will be at the Woodland Hills California Library, Thursday, April 4 at 6:30. Lots of 'vitamin speak,'aging topics and writing subjects will be discussed as he reviews the novel. Should be lively. Join us. Future library and book club talks will be listed on the web site. 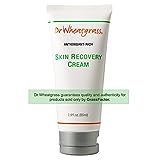