Book: The Lion of Kabul by Mustafa Oktem

about this book: I began writing "The Lion of Kabul" approximately thirteen years ago. This was a tumultuous period. 9/11 had just happened. The horrific images now seared into our memories of the Twin Towers collapsing, of people jumping hundreds of feet to their deaths, of clouds of debris descending on to New York City were very new. Books about Islam, the Middle East and belief-driven terror had become popular overnight. People were trying to understand what had happened and why. Most importantly, people wanted to explore what lay ahead. I recall the public mood being a somber one. There were many who believed that a clash of civilizations was inevitable. Perhaps it was the recency of the calamity that was driving this; or maybe it was uncertainty and the fear that came with it...

Against this backdrop, I began writing "The Lion of Kabul" with the hope of becoming an optimistic voice and sharing, with my reader, a heartening story of war, suffering and the healing power of love:

The hero of this novel, Ali Iqbal, is scarred by the traumatic events of his past and his heart is full of hate. But he is special: with an intelligence second to none, a talent (painting) that helps him cope with his sorrow and anger, and an ironclad heart that gives him the strength to endure and persevere, he travels from Afghanistan to Turkey and then to America. During his life's journey, he meets some amazing people, bonds with them over the simple pleasures of life, laughs with them, discovers happiness and joy in the comforting warmth of their presence. His final act of devotion and loyalty to his friend Ahmet, and the events that follow, force him to reflect on his own life and the many weeks of silent reflection bring to light something very important (that only now he is beginning to understand and accept): that as callous and cruel as the world may be, it is full of wonderful people.

This novel is the story of Ali's transformation. It carries with it a very important message that will resonate meaningfully given the times that we live in: that the Eastern world and Western world can co-exist peacefully; that the cultural, historical and political barriers that separate us are not insurmountable, because it is the humanity within us that makes us who we are. 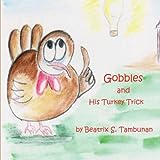