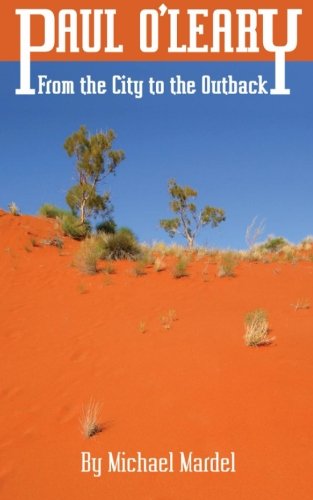 Book: The Journal of Paul O'Leary - from the city to the outback. by Michael Mardel

about this book: This is a story of one boy’s move to another part of the country, from the sometimes cold of Melbourne to the hot tropics 4,000 kms away in an outback series. His Mum has gone before them to set up a house and a job and his Dad and he have to pack up and put about 50 boxes in storage. To save money, most have gone to his Grandad’s place in the country but not too far away, about an hour’s drive.

Paul has a mate whom he is going to miss but maybe not the scrapes they get into, like riding a branch down to the ground. He has a dream about it and wakes up with his Dad looking at him. Johnny and he like playing a football game called DONKEY and the first to spell the word loses as the ball has landed on the road six times.

Paul also has a dog, Lassie, and it’s his job to feed and water her, and walk her. She’ll go on the same plane as us which is a direct flight with Qantas. She’ll be in a cage and he has to freeze a water bottle so she can lick it during her journey.

Paul is your typical traveling man going from a cool climate to a hot one. The heat hits them when they arrive and wait for Lassie to be released. She doesn’t seem any the worse for wear and they all pile into Mum’s car, which is very noisy.

Paul is soon enrolled in the Roebuck Primary School and finds another mate to hang out with called Marcus. They play the football game as Paul is good at football recruiting. They also play cricket in the nearby Cygnet Park. Paul loves the freedom of being warm all the time and wearing shorts and sandals or thongs/flip flops.

Marcus tells him about the Scouts so he joins up and has a few adventures with them, like clearing Cable Beach. He learns about scout’s honor Tennis lessons are fitted around the Scouts and he learns some tennis strategy.

Paul’s Dad enrols in photography made easy but wants a bigger and better camera.

Were any of their shattered dreams come to pass?