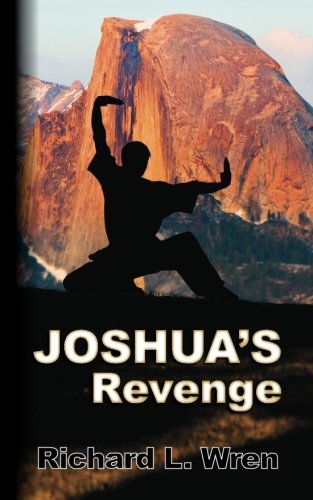 about this book: I try to take my readers into unique places and have them meet unique characters. In Joshua's Revenge you're taken to Yosemite Valley and it's back country. You meet Joshua, a park ranger with amazing abilities. A world champion Martial Arts star as well as an expert in Indian tracking and fighting techniques.

When Yosemite bears are being shot and eviscerated for their organs to be used in Chinese medicine and a ranger is killed, Josh is tasked with the job of finding and catching the killers. The trail leads from the backwoods of Yosemite to the back alleys of San Francisco's Chinatown.

Joshua uses his Indian expertise to find and trap one of the killer gangs in Yosemite and hie Martial Arts abilities against Chinese youth gangs, tongs, entrenched crooks, killers, kidnappers and an uncooperative police chief in San Francisco.

When his wife is kidnapped and threatened with torture, Josh goes to war.

WHAT READERS ARE SAYING ABOUT RICHARD WREN'S BOOKS.

• “Richard L. Wren masterfully merges disparate worlds — first in CASEY’S SLIP, where he forged a bond between a sailor and a surly biker. And now he’s done it again in JOSHUA’S REVENGE, throwing a charming, talented Yosemite park ranger in the middle of a Chinese drug ring. His characters are always vivid and vocal, and his plots have more crags and crevices than the backside of Half Dome. Fun to read.”
— Angela Hill, OAKLAND TRIBUNE

• “With nimble wit and deft action, author Richard Wren propels the characters of his new romantic mystery novel across the terrain of Yosemite National Park and the imagination of his readers into the territory of his second novel. His action scenes draw the reader in.
— Rita Ayral, book club president