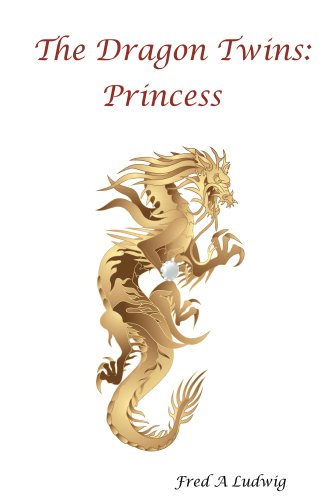 Book: The Dragon Twins - Princess by Fred A. Ludwig

about this book: This is the my first book to get written, and I had the entire story in my head for the most part. I was always interested in the Samurai of Japan and the idea came to me... What if they still lived?

This finds an ancient village in the mountains of Japan, with its gates still protected to this very day.

It took some research on my part to get the details I needed, and I threw in a couple of the myths as well, such as "Don't whistle after dark, or the snakes will come out.' While I'm certainly not a scholar, I believe I've gotten all the Japanese down correctly.

The story begins with a Princess, hence the title. The samurai of Japan were disbanded after Admiral Perry's visit to Japan, and here we have a village who was allowed to retain them... but only as long as a direct descendent of the first Princess lives. She was a daughter of an Emperor.

So, we begin with the problem.. what if the last Princess has no children?

Urged by her grandfather, our Princess is sent off to a cultural convention, to host a display and demonstration of the weapons of ancient Japan.

There, she meets up with an American girl, Sara, whose father is deeply involved in American Politics. When terrorists attack Sara, they come together and she enters into an agreement of protection after being severely wounded.

Now under the protection of samurai, Sara heals and learns who she is, for when she is ready to return home and face those who wanted her dead, her warriors come with her.

A battle with modern day samurai will unfold on the ground and skies of Washington D.C. as the two girls make their stand against terrorists.