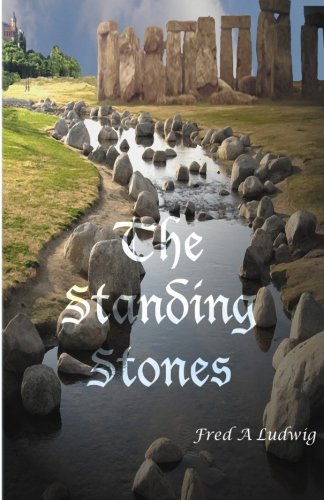 Book: The Standing Stones by Fred A. Ludwig

about this book: I have been interested in Stonehenge for many many years, so this book is an offshoot of that. Part of the cover art is my own photo from the site. Being a fan of adventure and fantasy, this is what drives this tale.

When the Priestesses of an old religion become the victims of a group that has the King's ear, death and destruction follow. To remove the 'powers' of his own daughter, the Kings agrees that she should be a victim as well. Escaping, she forms a resistance to the darkness slowly seeping over the land, until she must send her own daughter through the Stones to a place of safety... awaiting the time she returns to fight at her side.

This is set in a Camelot type era, when magic was held by a few, and accepted by all. Where a Priestess bore no name, and was respected for her devotion to her faith. The Stones were an ancient means of travel, for they were all connected in a unknown manner, not only on one world, but other realms as well.

To keep the daughter in the same frame of mind, I added the SCA to the tale, keeping swords, fighting and horses in her life as she was raised in another realm.

I hope you enjoy it.