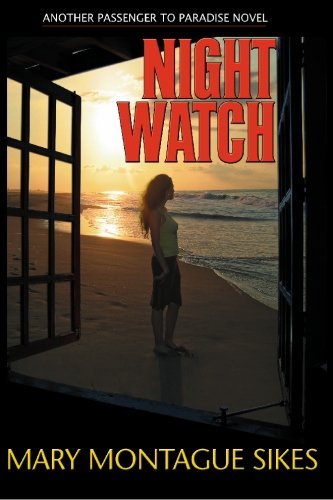 about this book: Several years ago, author Mary Montague Sikes took an unforgettable trip to Trinidad. Before leaving she envisioned being part of a Bogart and Bacall movie where she might have the glamorous façade of a star by traveling in a white suit. That suit turned out to be inappropriate attire for the trip made by small motorboat over a churning sea to reach Gasparee, the offshore island where the resort hotel was located. The network of dark caves with stalactites and stalagmites, located on that island, created lots of "what ifs" for Sikes, especially when she learned of the island's colonial history and found the caves were once frequented by pirates who stashed away their treasures there.

Crossing the gulf and passing ocean-going vessels made her wonder, what if Lily Henri, her heroine, journeyed by small boat over these waters late at night with her life in danger? What if she looked like a woman murdered in the waters of the English Channel and mistaken identity put her in danger? What if she were caught up in a gunrunning mystery and later kidnapped? That mystery and intrigue on the island of Trinidad are part of her novel, Night Watch.