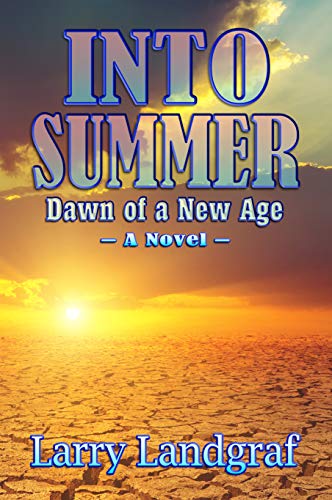 about this book: Into Summer is the grand finale to the Four Seasons Series. Government and the economy collapsed more than two decades ago. Death and destruction ruled the world for many years.

In Into Summer, the twins, Robbie and Ronnie Lindgren, set out to change their little piece of the world in south Texas. They are tired of all the fighting and bloodshed and want to create a new order similar to what their grandparents had told them once existed before they were born. They want their families to live and grow in relative safety. They want to trade with other communities and travel to exotic lands. Is this possible?

Change is always difficult. One of the twins will die. The other creates problems when he cheats on his betrothed. They already have a son. Will he destroy their family?

There has been little religion in Peaceful Valley over the course of the past few decades, but John finally gets his church. He had all but given up on this dream. It comes from an unexpected member of the community. How will this change affect the members of the Valley?

The Four Seasons Series has been an epic adventure. The lives of the families of Peaceful Valley have changed forever. Many have died. Some found love. But one thing is certain, life goes on. Will it all turn out like we all hope it will? Can life ever be normal? There's only one place to find out.

Video 1: Into Summer Trailer
Video 2: Who Am I