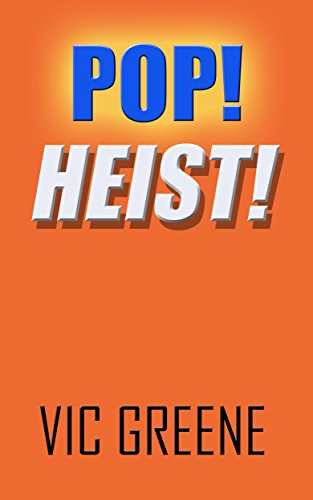 about this book: The book centres around Paul, a thirty-something guy living in Slough, England, disenchanted with his life and prospects. He has a passion for what he believes to be great, almost sacred music, Elvis, the Beatles, Marvin Gaye, The Doors, to name but a few and rails against anyone who dares to dispute this and the things he hates most - modern life, modern chart music and boy bands. Paul meets with his little music appreciation group at their favourite pub in the country. The group comprises Simon, vain, cocky, sexually frustrated, Roy, fifty-something, the Elvis freak, down on his luck, Clive, the half member and Bert and Tom, the deaf twins who come along for the ride, courtesy of Emily, Paul's long suffering girlfriend. After a night of shouting, arguing, much drinking and the arrival out of the blue of an old acquaintance, the secretive Stax, Paul somehow allows himself to be goaded into announcing that the group are no longer a passive force and will embark upon a plan so utterly crazy that it leaves the rest of the guys totally gobsmacked. The second thread to the book is the boy band A2Z, the biggest boy band in Britain. Managed by Rene Goldman, the nasty and controlling ex musician, who'd sell his mother if it made him a dime, and fronted by lead singer Tony Price, A2Z are on a roller-coaster ride through exotic locations, occasional bust ups and flagging sales. Tony, desperate to leave the group behind, attempts to rebel, but can't find a way out. Little does he know that his fate and the fate of all the other members of A2Z might just lay in the hands of an odd little group of music fans, sitting in a pub, drinking ale and being laughed at by the deaf twins. The book took a little over three months to write and then a few days for me to make it lean and mean, design a cover (courtesy of YouTube)and format it to self publish on Amazon Kindle Direct. I think the book is primarily for guys around 25-80 years, though there is a strong female character in Emily, Paul's girlfriend, which will keep the female reader interested. I feel that men do not read as much as the ladies (probably a short attention span) so I decided to keep the book short, at 120 pages, ideal for a lunch time break read or a holiday read. The book is unique, madcap, with funny episodes, lots of drama, tension, passion, adventure and thrills. It wasn't easy to name the book so I had a brainstorming session with my girlfriend and sister over a night of wine and chat! I know it is hard to categorise. I learnt, I hope, that I am able to write a cohesive book, with emotion and integrity, and that this should lead me to write many more. I do hope my readers enjoy my book and, fingers crossed, review it kindly. Thank you.