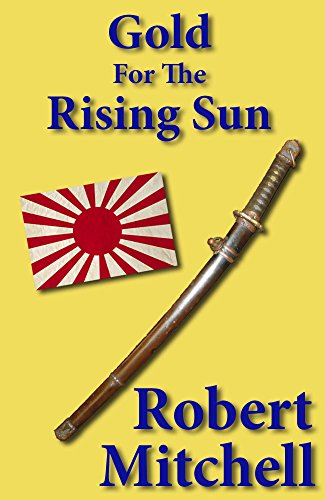 Book: GOLD FOR THE RISING SUN by Robert Mitchell

about this book: I have only written one book which included places where I have not been. This is not the one. I learnt early on in my writing career that it is extremely difficult to write about a place I have not visited, if only for a day. When I wrote THURSDAY’S ORCHID I had not been to Singapore. I had to rely on the local library. There was no internet back then. But GOLD FOR THE RISING SUN was a different proposition. I had been to Japan, to the places in which the story takes place. I had cruised on the ship which forms a part of the story. And, of course, I had spent almost two years in China. The background to the story came more or less without conscious thought. I did not have to think what the places might look like. I knew what they looked like. I could remember the sights, the sounds and yes, at times, the smells, whether they might have been pleasant or odious. And this time I joined the two countries together, China and Japan. And I linked two eras – the Second World War and the time in which we now live. I took a slightly different path with one of the main characters, as you will see when you read the story.