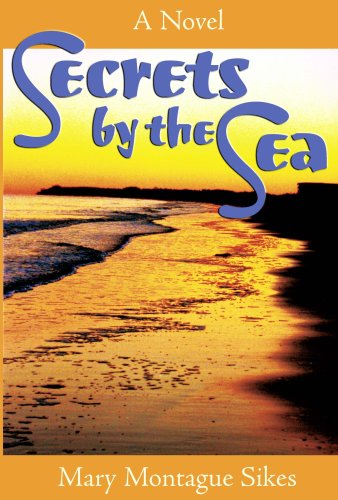 Book: Secrets by the Sea (Passenger to Paradise) by Mary Montague Sikes

about this book: A man leaves his family to start a life on the Caribbean island of Antigua where he develops a boat chartering business. Although he wants his family to join him, they never do. His only contact with them over the years is through his granddaughter, Dana Sinclair, who corresponds with him from the time she is six years old. When he is murdered and his body washes ashore on the island, Dana inherits his rambling house overlooking the sea. She heads to Antigua where she gets involved with finding the murderer. Secrets by the Sea is Dana's story of change and discovery. Jungle Jeopardy, my latest Passenger to Paradise novel, is the sequel to Secrets by the Sea and continues Dana's story as she looks for a treasure her grandfather hid in Central America years earlier.

From my first visit to the Caribbean, I was intrigued and captured by the beauty of the islands and the scents of the sea. While on Antigua, I interviewed the director of the history museum in St. John and much of what I learned from him went into the back story of Secrets by the Sea.

My cover for Secrets by the Sea features a photograph I took on one of the islands. My cover for Jungle Jeopardy is a painting I did of island scenery from years ago. I like having my own art work for the covers of my books whenever possible.

I love thinking "what if" and going from there in my writing. Things change and often the ends of my books are not at all what I expected. For example, in Jungle Jeopardy, my planned villain turns into a character I fell in love with as I wrote.