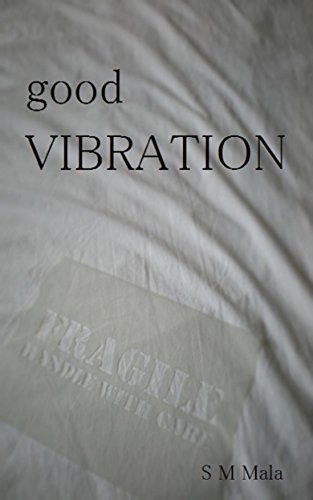 about this book: Sylvie works in on e-commerce website that sells adult toys. Her world is turned upside down when the owner's stepson decides to close the place down. Both poles apart and each hiding their own emotional turmoil, is this the only place where they can get their good vibration. A sexy and funny story about finding love in the most unexpected place that features two people who have to overcome their own prejudicial boundaries.

I wanted to create an interesting background for people to fall in love and have colourful characters to add to the humour and love interest. What better place than an e-commerce company dealing with the selling of adult sex toys. And the main characters had to be different, each one with their own flaws. But it had to be sexy. They are initially attracted for all the wrong reasons.

I was inspired to write this book after going to a very large Sikh wedding and seeing the demure old ladies whispering and smiling. I wondered what do they talk about and the character Samina was created. Again, the class issues in the UK are inspirational for story telling as well as the multi-cultural diversity of London.

The title wasn't hard as it originally started out about the flaw of Sylvie's foot then 'Good Vibration' came into my head mostly because that's what sells the most in adult toy companies… as well as something else that is mentioned a few times in the book, but not in a salacious manner. And I did some research (not literally when it came to the toys…) but, another inspiration, was watching a documentary about the UK's most successful adult toy distributor and that gave me lots of ideas. Ordinary people doing a slightly unordinary job.

The book took seven months from start to finish but I stopped for two months because I was trying to find an ending that suited the characters and story. It came it me suddenly. I was also avoiding letting go.

I did realise when writing this book, as I have done so with the others, I didn't want it to end. You fall in love with your own characters and I especially loved Samina and Toby as well as Sylvie and Finlay. And there's the added bonus when I read the book back I laugh and get sad a little. That helps!

My hope is that the reader enjoys the characters and people. The backdrop is just a twist which makes it more fun, but it's about breaking down preconceived ideas about people and their backgrounds, realising it's about what's in the inside not the outside that really counts.