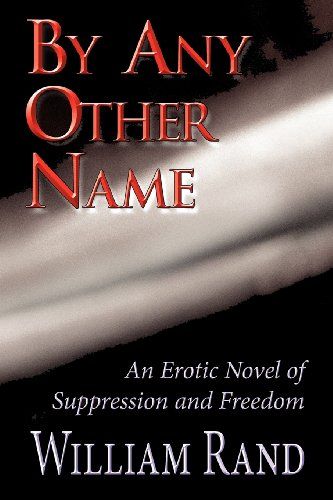 about this book: In the most general terms, By Any Other Name is a novel about contemporary United States culture, but it is not written from the perspective of the politically correct or socially powerful. It is written from the viewpoint of immigrants and middle-class American men. By plot, it is a love story, but by genre? I set out to write an erotic novel, a change from my usual horror stories; however, upon reading By Any Other Name, my wife said that it was a social and political protest novel. Her view probably represents the focus of the finished product more than my original intent. What started as a simple sex scene evolved, through social indignation, into a story about the injustice of United States politically correct mores and laws directed against men and immigrants.

By Any Other Name centers on Dave and Marisol, two students who fall in love, but who happen to be of different ages and cultural backgrounds. After finally finding each other in the early part of the story, the novel progresses through their struggle to be together in the face of laws and social and religious restrictions set against them in "The Land of the Free." Several newspaper accounts of legal and social injustice, as well as my own observations and experiences in United States colleges and universities served as both inspiration and research for the thematic material of the book. More research involved finding a suitable place for my fictional university, learning more about sex laws and police procedure in the United States, more about the BDSM lifestyle and figuring how to plan the escape route the lovers take in their flight for freedom in Mexico.

During the year or so it took to write the novel, the difficult part was neither the shift from horror stories to erotica nor the plotting and descriptions of the sex scenes. The hardest part of writing By Any Other Name was in maintaining thematic integrity without sugar-coating anything, in following an uncomfortable societal truth that many people in the United States might not want to hear while keeping a balance in reporting and showing a love for the country. Holding up that mirror to society is an important albeit neglected aspect of fiction writing, but in terms of book sales, my best potential reading audience may be in Europe and Central and South America. To anyone who reads my novels in either genre, however, I implore them to develop an open mind, to resist following the masses, to hold personal freedom dear and, above all, to think.

The truth is that I bought the book out of curiosity only. I had never read an erotica novel before – I only watch movies, so I was not sure what to expect. The result? I absolutely loved this! Better than any movie I have ever watched. It kept me absorbed all the way: very intriguing plot, hot sex scenes and intense romance! I finished it the same day, and kept thinking about it the next three! I never expected that a novel would have such an emotional impact on me. This was my first novel, but I feel that now I have officially become a fan of good erotica novels!

BY ANY OTHER NAME

When you read this novel you imagine like you are at the scene, what makes this novel awesome.

The author describes the scenes so good so when you read this novel you can feel the pleasure of men and woman. This novel also describes that the sex isn't only a simple fun, there are feelings that the man and the woman are pleasured from them.

This novel don't have nothing common with politic and it helps to the young people to know everything about sex and how to enjoy in it. It describes a lot of sex scenes with passions and you can try something with your pair. This novel is good to be read from all people no matter how old are you and every time you read it you can feel the passions, it also is good because when you read it you imagine that you are on the scene. This erotic novel is the best and you should read it. [by Soldier]