about this book: A girl with a feisty disposition who is no pushover. A stepmother seeking revenge after being thrown out of the house by her stepdaughter. Welcome to the Izadel Kingdom and place ruled by strict laws. If you as much as look at the prince sideways you may end up losing your head.

When Cinderella 'accidentally' knees the prince in his groin she fears she may be the next they behead in the town square. But Prince Tobyn has other plans. All he needs is to find the girl before the ball so he wouldn't become the laughing stock of the entire kingdom.

However, Cinderella has troubles of her own. Meeting Galien was by pure chance, but it seemed the handsome stranger had a secret. Their encounter, though brief was exciting to say the least, but she was certain she would never see him again.

Then she is summoned to the palace. When she refuses to wed the prince, he blackmails her by threatening to report her assault on his lower extremity. But Prince Tobyn isn't the kind and gentle prince everything thinks he is. When she discovers his dark side Cinderella herself demands she be arrested.

As her head hangs in the balance she is rescued by the one everyone fears the most... the creature. Only, this is no ordinary beast and Cinderella is about to discover an age old secret that will send the entire kingdom into a tailspin.

Read what happens in this epic twist on a fairy tale you know and love. Book 1 in the series. 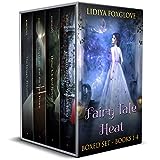 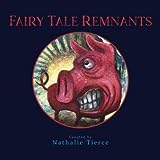