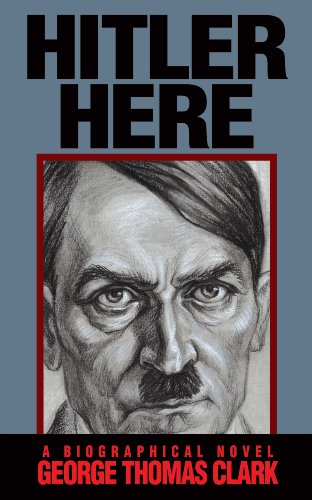 about this book: The historical record is broad and deep regarding the crimes of Adolf Hitler and the Nazis before and during World War II. I read many books on those times and places, watched documentaries, talked to veterans of the war, and ultimately decided to begin writing both what we know happened, and, based on history, what probably took place behind closed doors. And I resolved to proceed in a unique way: give each of scores of characters their own bylines. Let Hitler say what he thought and did. Let his early political opponents and backers testify what he and they were like. Offer the women in his life, his niece and roommate, Geli Raubaul, and the doting Eva Braun, a chance to tell about their lives with a man who can charitably be described as strange and difficult. Call on political allies Joseph Goebbels and Hermann Goering to justify themselves, on Joseph Stalin, Benito Mussolini, and Neville Chamberlain and others to justify their actions, on the celebrated German generals, like Erwin Rommel and Erich von Manstein, to offer military, and personal, insight. Ask many of the primary victims, especially the Jews, to tell their stories. What was it really like to be there? We're lucky, we will never really know. But we'll have more insight after reading Hitler Here.