about this book: The Road Way Less Traveled looks at the special problems faced by people trying to get clean and sober in their teens and early twenties:

• Everybody you know drinks/snorts/smokes/injects something. Otherwise you probably wouldn't spend time with them.

• The prospect of a living another fifty years or more without drugs depresses the hell out of you. "What will I do for fun? How will I spend my time?"

• Being the youngest person at the NA meeting, you wonder what you have in common with the oldtimers, and could they possibly understand what you're going through.

• You're dependent on drug-abusers for food and shelter. They're your parents.

With humor and practical advice, The Road Way Less Traveled explores ways to get around these issues. It also reassures the reader that life will get better, and feeling out of place is normal for the young person getting clean.

"There were three houses in a row. In each house lived one man. These houses became infested with singing rats. The rats sang special songs that touched each man's soul, even though each rat sang a different song. These rats carried fleas, and the flea bites made the men sick. The rats ate most of the men's food, made nests in their furniture, and ran up the phone bill. Soon the three houses were falling apart because the men were too busy listening to the rats to make home repairs.

"Eventually the men realized they had to change their lives. The first decided he would keep one rat, but the rest had to go. "Once I make up my mind, I stick to my guns," He said. "I can handle a rat or two." Six months later the rats threw him out, but kept his car and his credit cards. "Don't come back, or we'll rat you out to your probation officer," they told him.

"The second man pitched a tent in his yard, and decided he would only go back into his house to eat. "That way I can still have music with my meals." Two years later he kicked out the rats and replaced them with dancing mice. "This way I can be entertained when I eat, without all that noise the rats made." When they buried him, the mice danced on his grave.

"The third man burned his house to the ground. All the rats that weren't killed ran to his neighbors' houses, too afraid to return. The third man also lived in a tent for awhile. Slowly, a little at a time, he built a new house where his old house had stood. He bought a mean cat." p. 7

Other books by Ken Montrose (more) 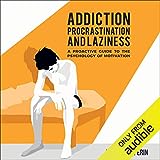 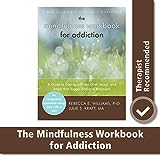