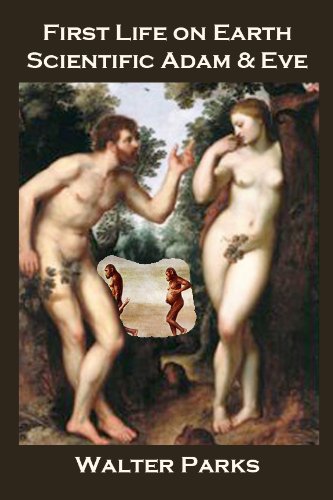 about this book: From the earliest days as thinking humans we have had many questions about life. We have had fewer acceptable answers. This is beginning to change as we are learning more and more about life and how it developed.

I grew up in the Bible Belt of Mississippi. We were taught that God created all life and then He created Adam and Eve in the Garden of Eden. But then I read about ancient fossils of human-like creatures and started learning about evolution.

So what is the truth? Am I to continue to believe the literal words of the Bible or the findings of archeology and the related scientific evidence?

I had to find the truth so I started my search. Let's explore what I learned.

As we walk about Earth and look around we learn that there are about ten million species of animals and several hundred thousand species of plants, but all the lives that we see are latecomers on planet Earth.

And even the fossils of old that we find, when added to the life forms of today, make up only a small fraction of species that have lived on planet Earth.

I had thought Man was God's most important creation, and perhaps we are. But we are not the key life on earth. Earth would get along very well, perhaps even better, without us.

The necessary life on earth is the greater diversity of microorganisms: bacteria, protozoan, and algae. They make up by far the most life on Earth.

When you consider the ecological circuitry of Earth, i.e. the ways in which materials like carbon, sulfur, phosphorous, and nitrogen get cycled in ways that make them available for all biology, the organisms that do most of the real work are bacteria.

Bacteria are essential for our ecology; we are optional.

To understand the first life on earth and the first man on earth, we need to explore what life really is, how it got started, and how we came to be.

From the unicellular bacteria to multi-cellular animals, the cell is one of the basic

Science has proven that essentially all life on earth share a large part of their DNA with each other; man is related to lower life forms.

When fossils of Neanderthals and other species of pre-humans were found, we were given the first clue of this.

But the real proof is in our DNA. We only have to follow the DNA to understand our origins.

DNA is Mother Nature's, or if you are a believer, God's primary tool for creating Man and all life forms on planet earth.

After creating the first Hominoid about 6 million years ago, a minor change was made in its DNA to create the next species. This process continued until about 2 million years ago when the genus Homo (our genus) was established.

The genetic difference between individual humans today averages a minuscule 0.1% (.001).

There is only a 1.2% difference between humans and the chimpanzee.

The DNA difference between gorillas and us is about 1.6%. And I should note that chimpanzees, bonobos, and humans all show this same amount of difference from gorillas.

A difference of 3.1% distinguishes us "African apes" from the Asian great ape, the orangutan.

All of the great apes and humans differ from the rhesus monkeys, for example, by about 7% in their DNA.

The DNA evidence shows that our human creation or evolutionary tree is embedded within the great ape's tree. In the scientific classification we are classified as a great ape.

Don't get upset; it's just the name of a classification.

Due to billions of years of creation or evolution, humans share genes with all living organisms, including plants. The percentage of genes or DNA that organisms share records their similarities. We share more genes with organisms that are more closely related to us.

Animal and plant life share so much ancient DNA coding because animals and plants had the same ancestors way back and did not diverge until approximately 1.5 billion years ago.

Humans belong to the biological group known as primates, and they are classified with the great apes, one of the major groups of the primate creation or evolutionary tree. Besides similarities in anatomy and behavior, our close biological kinship with other primate species is indicated by DNA evidence. It confirms that our closest living biological relatives are chimpanzees and bonobos, with whom we share many traits.

But we were not created, nor did we evolve directly from any primates living today.

DNA shows that our species and chimpanzees' species diverged from a common ancestor species that lived between 6 and 8 million years ago.

The last common ancestor of monkeys and apes lived about 25 million years ago.

Okay, so we know that we, beyond a shadow of a doubt, evolved or were created from lower animals. So when did we first become humans?

A very large number of studies and tests have been conducted to date the original human parents of those of us living today.

It turns out that we can trace changes in the Y chromosome of men and the mitochondrial chromosomes of women to determine, at least approximately, when our ancestors first obtained our human genes.

We have named our first two ancestors Y-chromosomal Adam (Y-MRCA) and Mitochondrial Eve, after the Biblical story of creation.

Analogous to Y-chromosomal Adam, Mitochondrial Eve has been estimated to have lived about 140,000 to 200,000 years ago in Africa. But there have also been several analyses of when she lived.

Analyzing all of the available aging date and comparing it to fossils previously found, I have concluded that Adam and Eve, our first human ancestors were sexually active between 141,000 and 314,000 years ago.

Just to get an answer I averaged these two numbers and suggest that Adam and Eve were sexually active about 228,000 years ago.

The first humans thus most likely lived 228,000 years ago.

Read this book to see what I have learned.

You may want to follow your own DNA back to Adam and Eve. 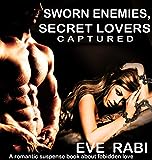