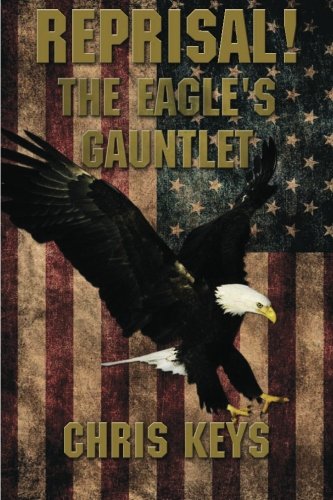 about this book: This is the second book in the Reprisal series, so far it appears to be a six book series. In Reprisal! The Eagle's Gauntlet a team from Kilauea Corp must kidnap a major player in the attacks on America. David Ashwahl is the money man behind the scenes that knows all th players an where the money comes from to finance the terrorists. After a failed attempt by the Israeli's to capture him the team is sent in and they quiokly discover they, like the Israeli's have been set up. There's a spy among the good guys and they will have to find him, but first they have to survive a car chase across Israeli's West Bank with the entire Al Aqsa Martyr's Brigade on their six.

Like the first book in the series Gauntlet is a fast paced page turner filled with info about our world and the dangers we as a country face and the type of action adventure that everyone loves to read.I was inspired to write a book on this subject by older brother who had served in the military in the Middle East for a number of years. He was a history professor later in life and he was keen to teach me about the world as he saw it from his years of service to our country.If you like action adventure you'll love Gauntlet, and the first book in the series Reprisal! The Eagle Rises.

• "Reprisal! The Eagle's Gauntlet A MUST READ—FIVE STARS!" — Frank Fiore the author of CyberKill!

• "You are the only person on earth that can decide to limit your abilities!" — Cliff Popkey