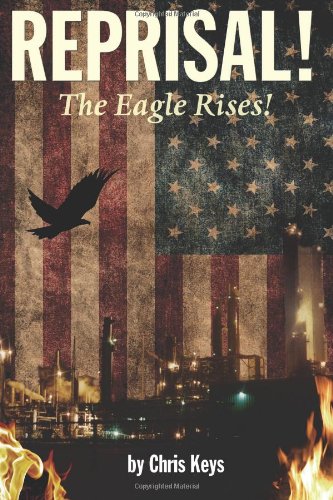 about this book: This book is about how a few good men and women deal with the continuing war on terror. After America suffers the two worst terrorist attacks in history, billionaire business man, Steven Howard and his friend retired Marine Corp General-retired chairman of the Joint Chief's Charles (Chip) Clarett form a private army to take the war on terror to the doorstep of the terrorists themselves. Itis a no holds barred seek and destroy mission as they seek out and deal with the terrorists on their terms in their homes while they battle the American President who is seemingly dead set against America defending itself.

The story is action packed and riveting in it insite and scope. Many have felt it portrayed what is happening right now in our country, only I wrote originally ten years ago.In addition to the story being gripping and true to life, it is also a commentary on the real dangers we face as a nation. The public's apathy is a cancer that is eating us up from within and we have to stop it before it puts and end to the Amerian dream and the future of our children and grand children.

It's a shootem up with the real good guys winning in the end. You'll have a hard time putting this book down.

• "Reprisal! The Eagle Rises! is a hold-on-to-your-seat action thriller from beginning to end." --- Author Tony Eldridge

Author Cliff Popkey aka Chris Keys-It doesn't matter if you fail little or fail big, they are both failure! So go all out and fail big, because who ever heard of someone wanting to succeed in a little way!