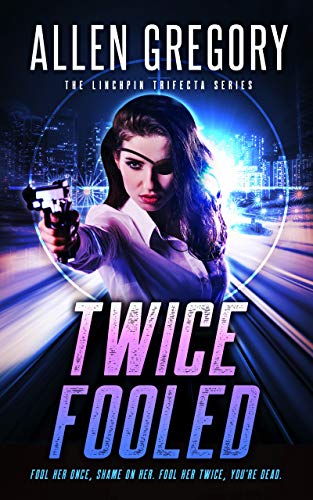 about this book: Before she became one of the three principals of the "off-the-books" security organization known as Linchpin, Serafina Ferrari served Linchpin in a unique and deadly capacity. Serafina Ferrari was one of the world's foremost female assassins. Once you were in her crosshairs, the only way out was death.

Teamed with Hercule Girard, the two of them wrought swift, sure, and final justice to some of the most despicable predators in the world. A formidable team, their fates were intertwined on the mission field as well as in their personal lives.

It all changed the day the group's leader, known only as Seven warns her of a dangerous and mysterious threat from an unexpected source - her partner and lover - Hercule Girard. Torn between her commitment to Linchpin, and her loyalty to the man she loves, she struggles to carry out her most difficult mission ever and answer the question - who's fooling who?

Fool her once, shame on her. Fool her twice, you're dead.