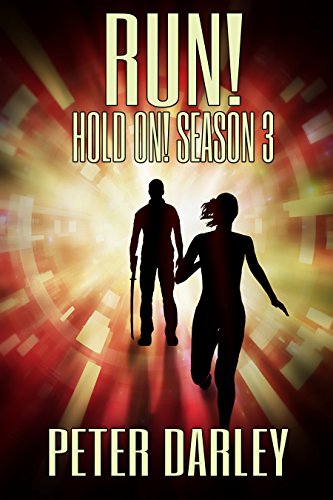 about this book: "The world believes Brandon Drake is dead, but he awakens in a secret government complex believing it to be 2012. The last four years of his life have been erased from his conscious mind. Only his true, malevolent self, The Scorpion, remains.

He soon finds himself dispatched on an assassination mission, but the mission fails when he is struck down by a debilitating pain in his head.

Before long, he discovers he's been duped, and that four years have passed since his last memory. A bloodbath ensues when he escapes from the complex and sets out to find the truth about his missing years. He learns of a woman named Belinda Reese and associates her with his terrible pain. To be strong enough to destroy those who betrayed him, he sets out to kill Belinda, leaving a trail of death and destruction in his wake.

However, a mysterious figure wearing a black helmet appears to him in the darkness. He is the true cause of Drake's pain: an adversary who identifies himself only—as The Interceptor.

Past, present, and future collide as the Hold On! Trilogy reaches its jaw-dropping conclusion."

No background information has been published before about Run! – Hold On! Season 3. It was written between 2014 and 2015, faster than I'd ever written a book before or since. I think that's because I knew exactly how it would begin, how it would end, and virtually everything in between before I even started. The seeds had been planted in the first two books, and Run! was literally the fast track to the end.

When I was halfway through writing Chapter 28 in February, 2015, war erupted between my former publisher and I. It was an extremely dark period for me. I'd worked extremely hard on the Hold On! series for over five years, and there was a clear and present danger it would've been all for nothing. I'd questioned my publisher's complacency over marketing. In retaliation, they unlawfully forced a termination for Hold On! – Season 1 on me. There was absolutely no reasoning with them. In order to save the series and avoid thousands of dollars in transatlantic legal fees, I bought Hold On! back from them for $800. In that moment, the series was back on track.

I immediately set up my own self publishing outfit, and within six weeks, I'd taken Hold On! to #1 overall on Amazon.

My dear friend, confidante, and veteran novelist, Patricia Harreld, helped me enormously with Run! Sadly, we lost her in 2017, and Run! is dedicated to her.

At first, I was skeptical about how Run! would be received. I was taking the hero my readers had come to love and turning him into a horror-style psychopath. This side of him had been foreshadowed since the first book, but I still wasn't sure my readers would be comfortable with it. That's when I came up with a way to keep 'good' Brandon in the book and having him face off against the evil side of himself. It was also intriguing to delve into Brandon's history and finally show pivotal scenes and characters that had previously only been mentioned.

The ending was also a risk. I wanted it to be unexpected, but that often involves moving away from the predictability of HEA (happy ever after.) I have no problem with HEA endings, although I am vehemently opposed to them being mandatory. If every book ends on a HEA, you'll know how it ends before you even start reading it.

When I finally released Run! on August 17th, 2015, my concerns proved to be unfounded. Readers responded to it with a string of five star reviews.

However, my own personal journey through writing the series and getting it out there had been harrowing and riddled with angst. I was very relieved to have finally released the whole story after so many rug pullers, and I was in dire need of a rest.

My rest was not destined to last long. One week after the release of Run!, an unexpected twist of fate occurred that absolutely nobody could've predicted.


Exclusive and not available anywhere else!