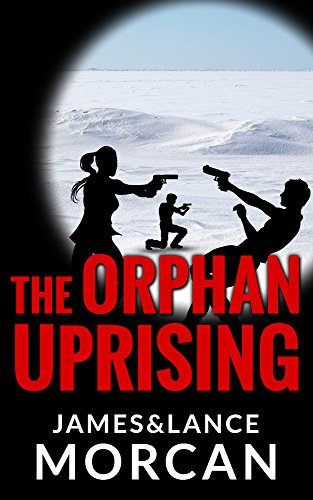 about this book: The Orphan Uprising is an action-filled conclusion to The Orphan Trilogy. Where book one, The Ninth Orphan, was a conspiracy thriller, and book two, The Orphan Factory, a thinking man's adventure, book three is most definitely an action-thriller. It catalogues the ninth-born orphan's revolt against his former masters at the Omega Agency – a rebellion forced upon him when the agency kidnaps his young son.

To say there's little downtime in this novel is something of an understatement. Our penchant for action and drama is evident on literally every page. The biggest challenge in writing this book was bringing together the myriad of sub-plots and conspiracies woven through books one and two. That was no mean feat, but, if the reviews are any guide, it appears we achieved that.

Here's what a couple of Amazon book reviewers say about this novel:

• "It's a page-turner right to the end and a hefty read to boot. The Morcans don't skimp on the action, making this an excellent entertainment value. Highly recommended." — CA reviews

• "The moral of this tale is that you don't ever, ever abduct the young son of your best and most dangerous operative… Another, final, installment of the Orphan series which does not disappoint." — c9cREVIEWS