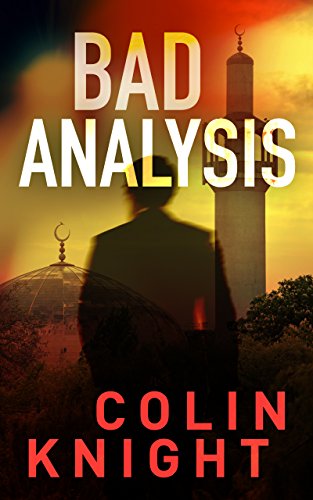 about this book: As POTUS, Donald Trump, pushes his exclusionary, racist and divisive agenda on the US and the world, a delusional wealthy aristocrat, in London, England has already taken the next frightening step.

While stoking the fires of racial and religious intolerance, funding atrocious activities of extreme right-wing groups, and deceiving his MI5 co-conspirator, a Muslim is forced to implement a horrific terrorist attack to create victims that will suffer for decades and fuel a nation-wide xenophobic backlash.

Drawn from my own experiences as a National Security Advisor in the Canadian Privy Council, and prompted by growing Western anti-immigrant attitudes, national discriminatory policies and the rise of European Nationalism, this story details the consequences of 'bad intelligence analysis' and how the fate of thousands can be determined by the most unlikely of people.

Next time you hear a POTUS discriminatory rant, or a watch a YouTube video of an attack on innocents, or turn away from an injustice against a fellow human, think about Bad Analysis and what could, or is happening in the world today!