Book: How Fast Will You Run by André Beerwinkel

about this book: This is a book about a girl's escape from the darkness that has been surrounding her, her whole life long. She is Corita Jones, a Cape Flats mugger, born and bred. That Friday morning when she mugs the Chinaman, her life makes a complete turn around. Suddenly every Cape Flats gangster is after her. The Chinese sent in their most dangerous assassins. The Circle sents in The Technicians to hunt her down, retrieve the contents of the briefcase and kill her. But all of these dangerous men realize that Corita Jones is not a kitten that can be handled without gloves. The chase explodes through the dangerous townships of the Cape Flats as Corita flees to the only place of safety - using her diverse fighting skills. And who is the mysterious American agent who suddenly contacts her, once she is in possession of the briefcase?

What inspired my to write this action packed thriller is the Cape Flats, where I grew up. I never read a thriller with the Cape Flats as background, so I decided to write one myself.

People who like to read about crime, thrillers and who love action movies, will enjoy this book. Secrets of the Cape Flats and its gangsters are also revealed in this book in a very realistic way.

Research for the book was easy, because I grew up on the Cape Flats and knows every centimetre of it. I know how people do things and how they think. That makes the book very realistic.

The second hardest part of any book that I write is the action sequences. I want it to look real to the readers. Those are usually the scenes that I have to rewrite several times, before I am satisfied with it. The hardest part is coming up with the names. I can take days and even weeks to decide on the names. I want my reader to immediately see the character in his mind's eye when he reads the character's name. 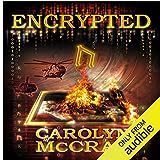