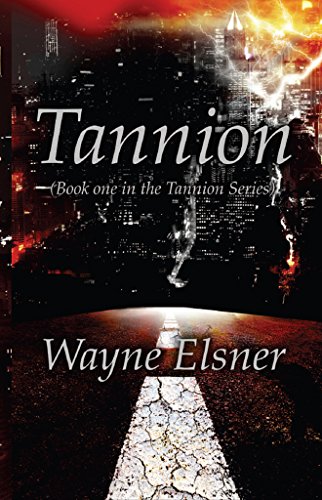 Book: Tannion - Book One in the Tannion Series by Wayne Elsner

about this book: I started to write Tannion more than twenty years ago. It was a story that I liked to write in my head but I had never put any of it down on paper. I might have said at the time that I wasn't a writer or that I had no time. It didn't matter, the story idea was there.

When I retired my wife and I started to travel for nine months of the year and we always took computers along with us and I started to write. I am now almost finished my eleventh book but Tannion is my first to be published.

I like to think that Tannion is a unique character. When struck by a bolt of lightning he finds he is able to control his breathing and his heart rate much the same way many who meditate can but he takes it much farther. He can control his body at the cellular level and through contact, he can control the bodies of others.

And then he finds that he can kill.

He quickly gives up the idea that he could touch everyone and cure them and looks to help people and he becomes a vigilante. He lives in constant fear of being caught and that fear almost becomes a reality in New York where he had moved to in order to find the type of people he was looking for. He managed to escape and travel to Los Angeles. He finds a job that he feels will get him closer to those same people and finds he likes the work and eventually finds his true love. But as most good things do, it had to come to an end. An ending that Tannion would never have expected.