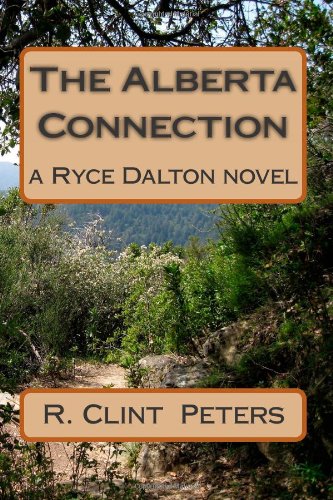 about this book: Ryce Dalton has decided to retire from the US Army after sixteen years and several surgeries to his left arm. When he retired, he was given two envelopes contain a job opportunity. Ryce chose the Joint Border Task Force, a group of law enforcement agents trying to keep secrets from crossing the US-Canada border.

Ryce was initially sent to Billings, Montana, to work as the tactial support agent, a job similar to the G3 position he held in the Rangers. During these planning sessions, he met Tanya, who would soon become his wife.

After several laptops were stollen from the Pentagon, Ryce has been given the task to find out where the laptops are going. After spending several weeks hidden on a hilltop in Glacier Park, Montana, watching the cabin suspected as the base for moving items across the border, Ryce must follow several of the smugglers up a seventeen mile trail. Can Ryce protect his men, and find where the secrets cross the border?