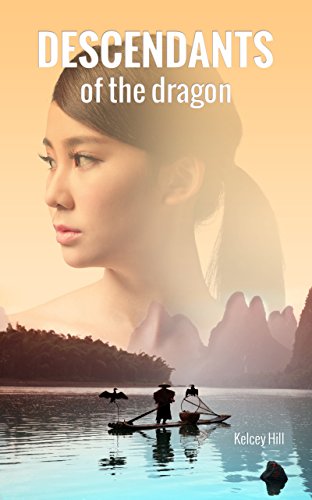 Book: Descendants of the Dragon by Kelcey Hill

about this book: After the death of her grandfather, Zhou Da abandoned the traditions of her family and threw herself into the study of science and biology. Now a renowned paleontologist, Zee eats, sleeps and breathes dinosaurs.

Years later she finds herself comfortable with her life and career, until she receives an unexpected invitation from her godfather -- a conservation scientist -- to join a select team of professionals in researching a classified project near a small village in rural China. After fighting lifelong embarrassment and stereotypes associated with her heritage, she finds herself leaving her best friend -- a fellow paleontologist -- Beck and the familiarity of home for an adventure in the country of her parents birth.

While on assignment, Zee finds herself growing close to a handsome Italian colleague who challenges her feelings about China and the importance of her family's culture in her life. In Shanghai, a dangerous organized crime syndicate catches word of the new discovery, and will stop at nothing to take the treasure for themselves. When the elements of the organization shows up in the village, Zee is forced to confront the demons from her past while fighting the real world monsters who threaten to take everything her team has worked for.

Never in a million years could Zee have predicted how much this journey and the people she meets along the way would change her life. While uncovering the prehistoric find, Zee unveils something even bigger about the universe and within herself.