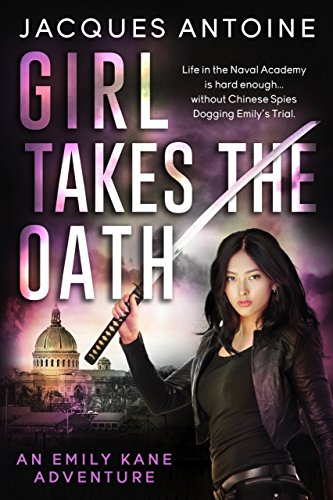 about this book: Emily Kane has seen it all before -- the lies, the deceit, the tickle on the back of her neck that makes her worry for the safety of her friends. Her uncle Theo, a Navy SEAL, persuaded her to enter the Naval Academy: "What could be safer than a naval base?" he said. "But it's not my safety I'm worried about," she muttered.

As it turns out, life in the Academy suited her sense of discipline, and she excelled there, and even made new friends. But one day, attending a lecture at the little college across the street, whose students bury themselves in books and ideas with a rather different motivation than her fellow Midshipmen, she felt that familiar tingle again -- the one that spells trouble. Events quickly spin out her control, and Emily is forced to respond to whatever fate holds in store. Her friends are endanger, and Emily may have to sacrifice herself to keep them safe. If only it's not too late.