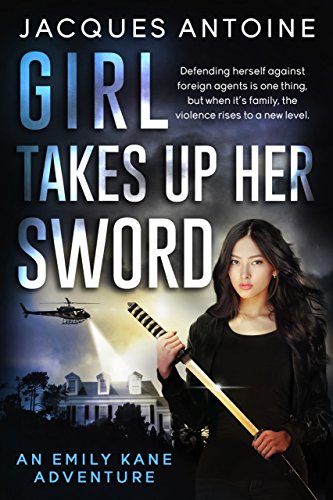 about this book: Emily Kane has been through the wringer -- the boy she babysits was kidnapped by North Korean agents, and she had to submit herself to them n order to get him back. What's worse, the people she's had to kill are beginning to weigh on her heart. And now she's picked up two new charges -- Li Li and Stone -- she couldn't leave them behind in Kamchatka. But that means they're now her responsibility.

Graduation is just around the corner, and officials from the Naval Academy want her to enroll, as does her family. But she's worried that trouble will follow her there. The dangers of her childhood are stickier than she realized, and even more people are imperiled than ever... even the people who helped her in Kamchatka. A trip to Seoul seems necessary to protect them, but it also brings her face to face with dark forces that have been trailing her for years. When her enemies were the Chinese and the North Koreans things were bad, but when the threat comes from within her own family, the violence turns truly nasty.