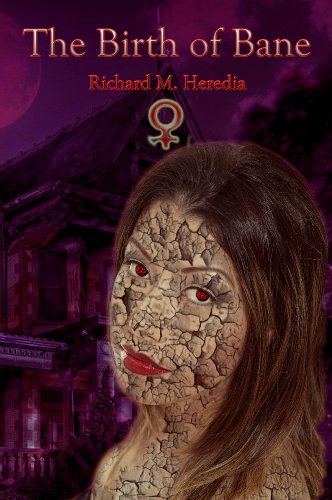 Book: The Birth of Bane by Richard M. Heredia

about this book: I began working on The Birth of Bane for the 2013 NaNoWriMo contest, hoping to discover something new and exciting to write about. I wrestled with many ideas, pulling out the numerous notes and snippets I have in my "Creative" file to see if anything would stick.

Finally, I came across a short story I had written my first year of college. It was a retelling of one of the most harrowing days of my life - the day my father illegally took my sister and I from my mother. It developed into major league dust up, but ended peacefully. Neither my sister or I were hurt in the nerve-wracking events over the course of that weekend. I decided then to write something about that particular time in my life, something much larger than one weekend.

The Birth of Bane is a combination of my childhood and my teenage past twisted and blended together to make a tale onto itself. Many of the occurrences are real, many are not, some are merely embellished. It is a story about the hidden strength in women and children, both alive and undead. It is also about the price we sometimes have to pay in order to protect what is precious in life.

I hope you enjoy it. Oh, I almost forgot. Not only did I write more than the 50,000 words required of the NaNoWriMo contest, I actually finished the entire first draft by the time the event ended. The Birth of Bane, because so much of it is me, literally poured forth!

Here is what is written on the back of the book itself:

"When I gaze skyward, I can almost see her there, behind the clouds, gazing down, as she said she would – watching. I can almost make out her aqua-marine eyes, those perfect eyelids, sculpted lashes.

I was never an expert on spirits or ghosts or haunts. I had always thought them fanciful figments of an imagination gone wild. Though I had heard they could be annoying, even bothersome to those unfortunates who strayed too close, who opened their minds too wide and let them in. Still, I was, and always would've been, an unbeliever.

What I didn't know was they could be so much more than aggravating poltergeists bumping in the night. They could be grateful, caring, even convey love when compelled, had enough strength. I was amazed. It was wondrous.

Then, he brought the anger and the malice in his heart. He brought destruction and darkness, intent on killing us all.

She keeps what she takes…"