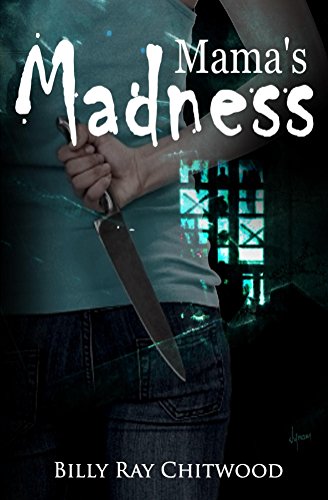 about this book: The inspiration for "Mama's Madness" came from 1985 Northern California newspaper clippings...about a mother who tortured her children, killed two daughters and an ex-husband. The details were gruesome, and I felt the need to write about these terrible events, to let the world know that such evil against children exists...

It was difficult at times in writing "Mama's Madness" as my own words screamed back at me, made me feel somehow 'dirty'. Of the many 5-Star reviews the book has received, the common thread is the shock of readers at finding such evil in the world...there was also much said in the reviews about the quality of the writing and its message.

• The writing is gritty, laying bare the animal beneath the thin veneer of civilisation. Child abuse, theft, deception and murder all feature in an heady cocktail of corrupted morality - yet these topics are handled without sensationalism, and at times the novel has an almost journalistic feel to it...a brave book, swimming against the tide of literary popcorn, and it deserves a wide readership... 5-Stars by 'Diogenes'

• 5.0 out of 5 stars-Beautifully written
This is beyond compare...I don't have the words to say how well written this is. Tammi Jo went through hell and does so with grace. I seldom reread books, but I'll reread this one. (Blisa05)